This past summer I noticed a thrilling, new object animating conversation at every meeting of family and friends. Bitcoin!  From the academical outskirts of Durham, to the foothills of the Blue Ridge, to prosperous professional suburbs in New Jersey, people engaged you in talk with this distant but intense look in their eyes: do you have any idea - any idea at all - just how much money you could have made if you had got in early?  And it’s still going up! These were people who had taken the trouble to work out what a 6000% increase (or something) means when applied to a hundred-dollar bill.

I had two thoughts, neither of them any too creditable to me.

First, I recognized, suddenly, that I was ignorant about Bitcoin, and, worse, I appeared, in previous months, to have deliberately shied away from learning about it. Why? The best I can say for myself is that, after a certain age, one gets economical with intellectual effort. Why use up your shortening intellectual lifespan on what is, most likely, just random noise? 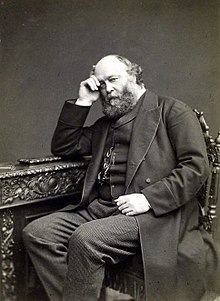 I’m sorry to say I’ve long been fond of the nihilistic saying attributed to Lord Salisbury, three-time Conservative Prime Minister of Great Britain at the peak of its global power, in the 1880s and 1890s; something like: “Nothing matters very much, and most things don’t matter at all”.

Second, I dredged up that condescending old investment saying about how “when the office boy is investing in stocks, it’s time for the smart money to get out”.  At least I didn’t say it out loud, but, still, I cringe at the recollection. No doubt cautious old codgers should not stake their life savings in a Bitcoin Bubble, but that’s not to say that an alert office boy could not step in, step out and walk off with a fortune.  And, even if you are flattened in the inevitable Crash, you might still feel proud that you were part of a mania that built out an earth-changing infrastructure – which Bitcoin and other “cryptocurrencies” certainly could be.

For, as William Janeway explains in “Doing Capitalism in the Innovation Economy: Markets, Speculation and the State”, bubbles and manias are central to economic progress:

“Throughout the history of capitalism, financial bubbles have emerged and exploded wherever liquid markets in assets exist. … The central dynamic is that the price of the financial asset is separated from any concern with the underlying cash flows – past, present or possible future – generated by the economic assets it represents.”

Often the craze attaches to something as ephemeral as tulip bulbs, but “Occasionally, decisively, the object of speculation is the financial representation of one of those fundamental technological innovations – canals, railroads, electrification, automobiles, airplanes, computers, the internet – the deployment of which at scale transforms the market economy, indeed creates a ‘new economy’ from the wreckage of the financial bubble that attended its birth. Both upstream and downstream, absence of market discipline is the essence of the process. For, contrary to the central dogma of neoclassical economics, efficiency is not the virtue of a market economy whose growth is a function of the creative destruction identified by Joseph Schumpeter as the engine of economic development. The prime virtue is the ability to tolerate unavoidable waste in the evolution of the Innovation Economy.”

These thoughts were enough, at any rate, to send me looking for ways to abate my ignorance about Bitcoin and cryptocurrencies.  Beyond a certain a point you probably need to be a computer scientist to understand this stuff. But here are some general introductions I found useful or stimulating.

Adam Ludwin:  A Letter to Jamie Dimon. And anyone else still struggling to understand cryptocurrencies.  The single best thing to read… why it is better to refer to crypto-assets, which are a new asset class that enable decentralized applications – a new form of organization to provide software services without any central coordination or control.  And much more.

Nick Tomaino: Cryptoeconomics 101.  Another general introduction, though with more of the computer science, which had me starting to pant for air.

Taylor Pearson: The Blockchain Man.  A speculative sociology of the Blockchain Man, who is already replacing the corporate Organization Man.  The Absolute Individual flourishing in a wholly marketized world:   I hope to have passed on before this fellow takes over.